If you prefer to read this article in Portuguese, click here.

For those ready to invest in the Portugal Golden Visa program and are looking at central regions like Lisbon and Porto, the time to invest is right now! Should the changes in the program’s scope proposed at the beginning of the year be confirmed, foreigners wishing to acquire a residence permit in the country by investing in real estate will then have to invest in the rural areas, instead of large urban centers, or pay significantly more then they do now.

According to a publication made on October 6th on the website of the Agency for Investment and Foreign Trade of Portugal (Aiecep Portugal Global), the Portuguese Government seems ready to move forward in December 2020 with the previously announced restrictions on Portugal Golden Visa. The restrictions were already foreseen in the State Budget for 2020, in the form of legislative authorization to the Government, but had been postponed because of the pandemic.

The measures do not completely disable the  Portugal Golden Visa program, but impose substantial limitations, as they direct investments to low-density territories. For sector agents, this measure will have a strong impact on attracting foreign investment, since Lisbon and Porto are the areas that currently concentrate the most investments from Golden Visa.

Also read: Portugal is elected the 3rd safest country in the world in 2020

How can the changes affect the Portugal Golden Visa program?

Through negotiations during the State Budget for 2020, the Portuguese Government now has legislative authorization to, if it so wishes, change the Golden Visa program. The referred change lasts for the economic year to which the State Budget Law refers, only serving future concession requests.

The possible change aims to favor investment in low-density regions, as well as investment in urban requalification, cultural heritage, activities with a high environmental or social value, productive investment, and job creation. There is also a possibility of seeing an increase to the investment amount in urban areas, thus making it more expensive for investors. Therefore, the main public affected by the change would be investors interested in large urban centers, such as Lisbon and Porto. With the “new” authorization, the Government could:

1) Restrict the possibility of acquiring the acquisition of Golden Visa in the real estate investment modality when said investment is made in the Intermunicipal Communities (CIM) of the interior and the Autonomous Regions of Madeira and the Azores;

2) Increase the minimum value of investments and the number of jobs to be created. 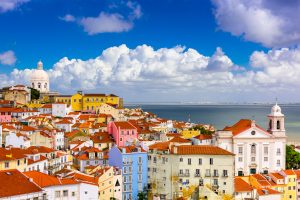 The readjustment of possible minimum values ​​for investments has not yet been defined. In the current law, the acquisition of real estate with a value equal to or greater than 500,000 euros is required, or the purchase of a building over 30 years old, located in an urban rehabilitation area and is being rehabilitated to a total of 350,000 euros.

Although the Government has the authorization to change the rules of the Portugal Golden Visa program, it is important to remember three fundamental points for those who are already investing or intend to invest soon:

1) These changes only come into force after the Government has legislated accordingly, which may or may not happen;

2) Even if these changes eventually come into force, they do not prejudice the possibility of renewing residence permits granted under the current regime;

3) Nor can they impair the possibility of granting or renewing residence permits for family reunification, when the residence permit for investment has been granted under the current regime.

The real estate market, the pandemic, and the Portugal Golden Visa program

Also according to the publication, statistics show that the pandemic did not have the devastating effect that was expected and that the real estate sector has bravely resisted. The latest data from the National Statistics Institute point to a 22% drop in the number of home sales in Portugal in the second quarter of the year, but prices continued to rise even in this scenario. Plus, although even less business was done in the first half of the year, the investment volume in real estate returned to record highs.

As for the Portugal Golden Visa program, the numbers registered some losses. In August, investment raised through this instrument fell 30% compared to the same month last year, to 57.6 million euros, but rose 2.8% compared to July, according to statistics from the Foreigners and Borders Service (SEF). In all, 107 gold visas were granted that month, of which 97 were due to the acquisition of real estate (25 when purchasing for urban rehabilitation) and 10 through the capital transfer criterion.

Looking at the figures accumulated since the beginning of the year, it appears that the amount raised by this instrument totaled 496 million euros, 10% less than the accumulated investment in the same period of 2019. In total, between January and August, were allocated 915 gold visas.

For Luís Lima, president of the Association of Real Estate Professionals and Companies of Portugal (APEMIP), the pandemic has come to accentuate the importance of foreign investment. “Instead of trying to curb foreign investment, our role should be to capture it again, through programs like these, integrated into a recovery strategy”, said the president of APEMIP. He adds that even with the pandemic, the country maintains “its attractions and qualities” and that “we continue to have great investment opportunities in the real estate sector”.

Why wait for the possible changes in legislation that will make it harder or more expensive to invest in Porto? Guarantee your access to Golden Visa! Invest today in one of the best real estate projects available: the Marriott Renaissance Hotel Lapa Porto.

Hotel Lapa Porto is ideal for investors ready to commit and build a better future for their families. Hotel Lapa Porto is a project of the Mercan Group and it will be flagged the world-leading hotel brand Marriott Renaissance. Although the latest news does not influence this project yet, it is recommended that future investors invest as soon as possible before the project is sold out.

It is not certain when, and if, projects such as the Hotel Lapa Porto project will be available again due to the potential changes next year. Hotel Lapa is located in one of Porto’s historic districts, right at the entrance to the city center. Dominating the landscape, Hotel Lapa offers a breathtaking view of the city skyline on top of a hill.

Are you interested in knowing more about Hotel Lapa Porto and other real estate projects developed by Mercan Group? Contact Mercan here for more information.